The most ancient path

Discover the beauties of the landscape immersed in the color palette of the “Macchia Mediterranea” through The Path of Minerva, at the extreme cape of the Sorrento peninsula. From the Piazzetta Santa Croce in Termini we will reach Punta Campanella through the northern side of the promontory Minervae, which separates the Gulf of Naples from the Gulf of Salerno. We will walk along the ancient Via Minerva, a Greek-Roman mule track built in the fourth century B.C. and still partially paved with Roman “basolato.” Once reached the Punta Campanella’s watchtower, we will have Capri so close (4 km) that you will stretch out your arm to reach it! If you fancy some more walking, from Punta Campanella we hike up to the top of Monte San Costanzo, with the Ieranto Bay on our right and the islands of the bay, Capri, Ischia e Procida, on the left. Hiking in this land full of history and legends, which talks us about Mermaids, Pirates and Witches, we will conquer the peak of the Monte San Costanzo with its white Chapel. That is where you will enjoy a 360° View of the SyrenLand!

Follow  the ancient pilgrim pathway that takes you as higt as Mount San Costanzo and as far as PUNTA CAMPANELLA ,through a landscape of times gone by  Mount San Costanzo, can evoke mythical foundations and ancient pilgrimages, or perform again, as the crops of the men and the natural vegetation return, a landscape of days gone by Benedictine vineyards, olive trees of Minerva and Jupiter’s beards. 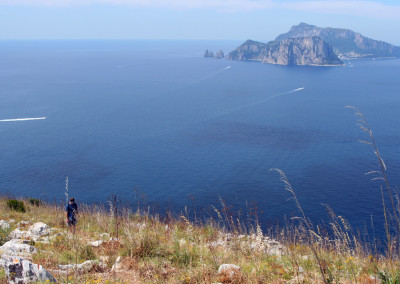 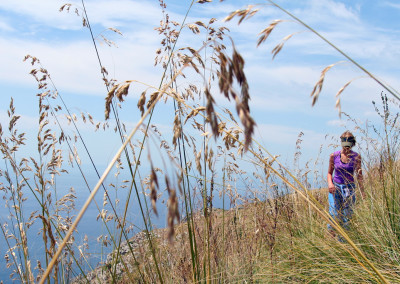 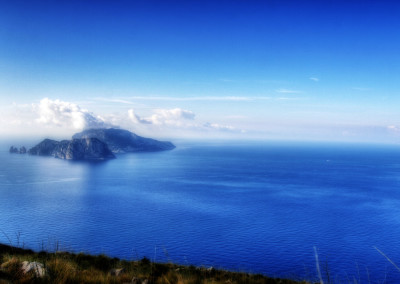 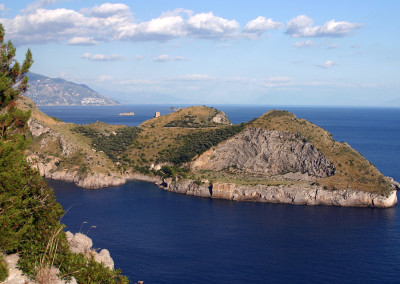 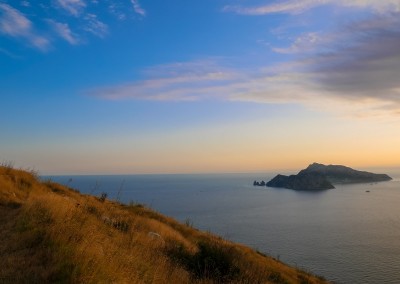 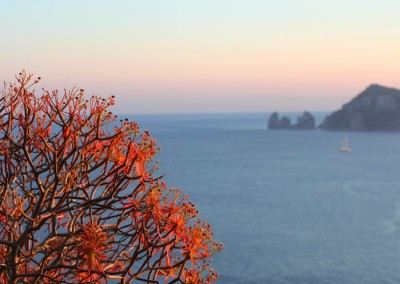 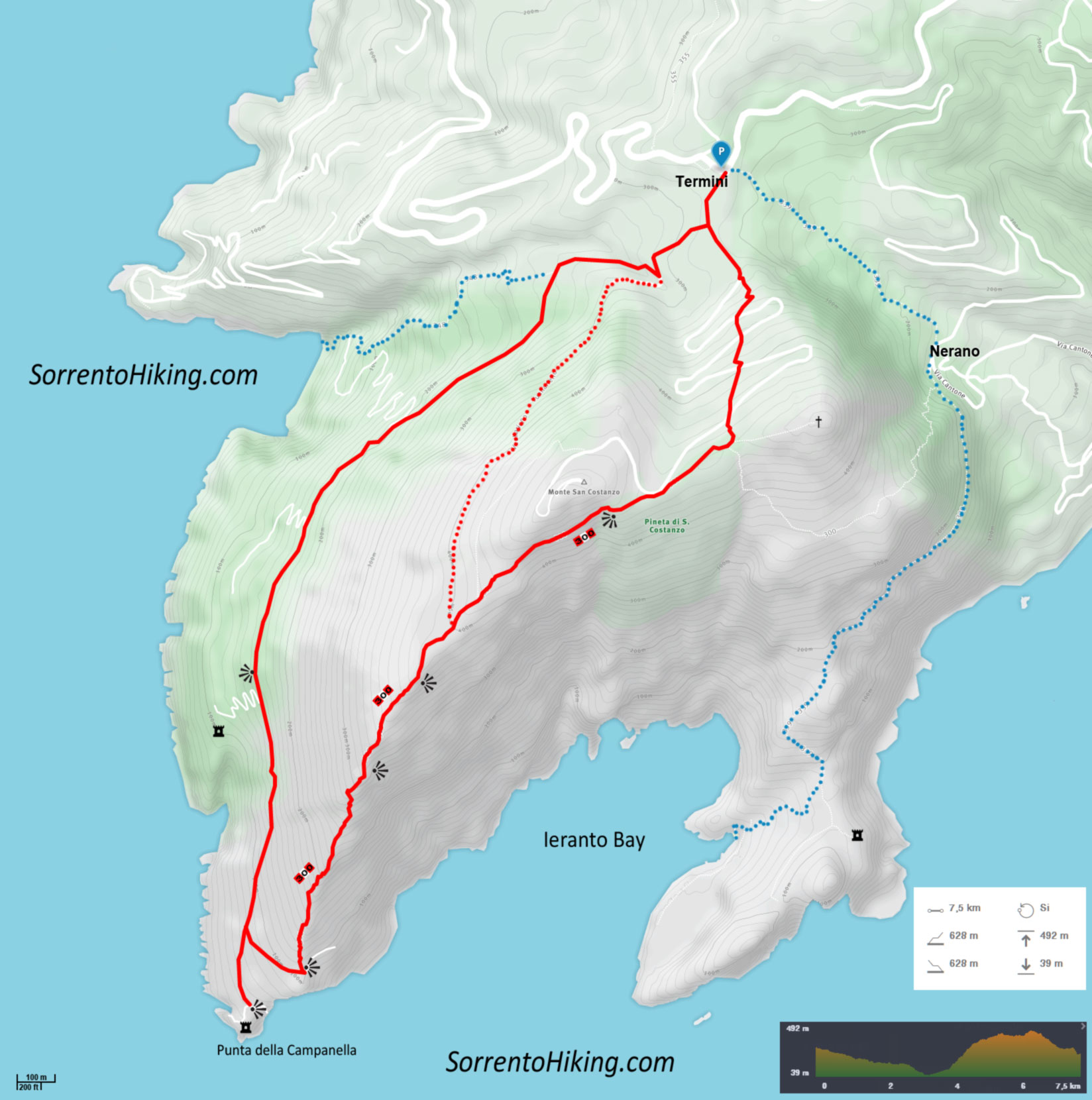