A landscape of savage beauty sculpted by the wind, the sea and adapted by the genius of man: this is the island of Capri ! Moving from the chaotic and touristic center of the island we reach in a few minutes the wild heart of the island that unveils behind every corner breathtaking landscapes, where the sea blends continuously with the blue sky in an eternal exchange. The island offers a wide choice of hiking trails with varying degrees of difficulty, all united by the constant vegetation typical of the Mediterranean Macchia, combined with the architectural work of the locals who have been able to preserve the beauty of the island over the past centuries. The stunning charm of the island has always enchanted different civilizations, starting from the ancient Greeks, the Romans up to the countless writers and poets of the ‘900. They brought the island in to the Olympus of the world’s destination. Don’t miss the chance to see  that with your own eyes!

Botany: mediterranean scrub, heather, euphorbia, true myrtle, orchids in spring,..
Fauna: birds of prey (kestrel, peregrine falcon, buzzard, raven, sea gull,..) migratory and sedentary birds and insects, butterflies , reptiles( lizards , harmless snakes ) small mammals
Monte Solaro is Capri’s highest point and as you can imagine offers spectacular views. Allow about 1 – 1.5 hours for the hike, or take the chairlift, which is just a 12 minute ride and which you can take up or down. There are a few trails up, but the easiest is from the main square in Anacapri: head towards the Villa San Michele, but before reaching the villa, take a narrow road to your right signposted “Monte Solaro”, and follow it to the top (which is visible the entire time anyway). Once up there, don’t rush down: you’ll have a 360 degree view of the island, so buy a drink or lunch at the top and enjoy.
Hike the Path of the Little Forts on Capri: There is a relatively new walking path along the coast between the Blue Grotto (Grotta Azzurra, photo below) to the Lighthouse, called the Path of the Little Forts, or The Old Walk of the Forts (photo above). Both ends of this 6 km trail can be reached by bus, but the path is easier if you start at the lighthouse and walk to the Blue Grotto rather than the reverse. If you can, time it to watch the sunset. Allow about 3 hours for the hike and note that while tour boats are going in and out of the Grotto you can not swim – but wait until 5 pm and you’ll likely be allowed in the water. 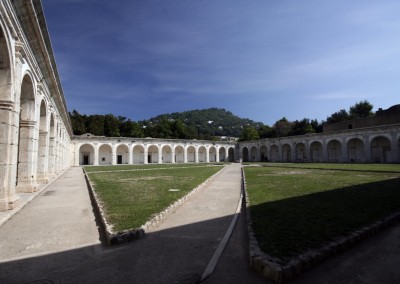 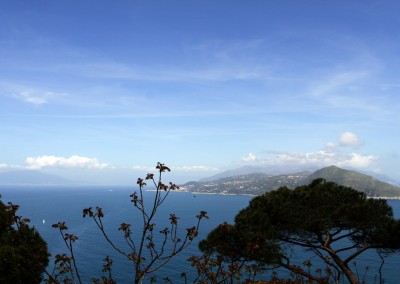 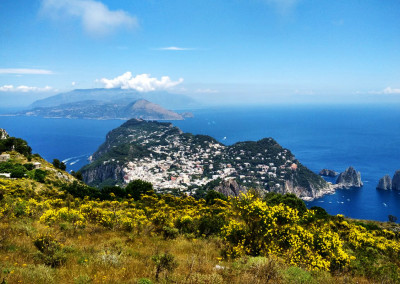 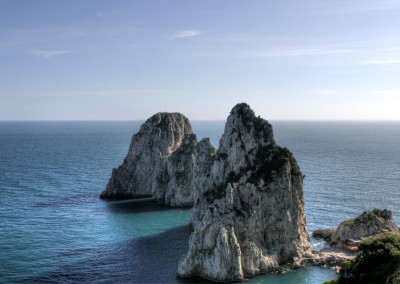 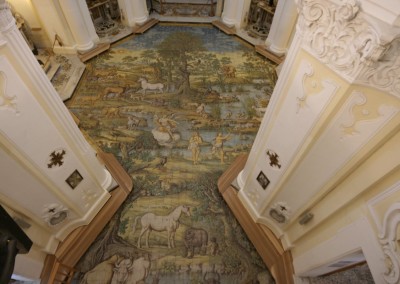 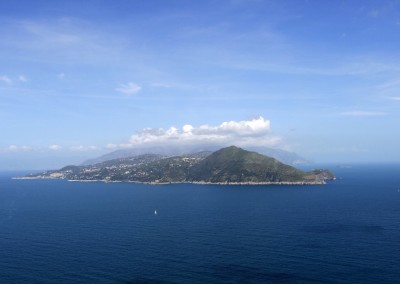 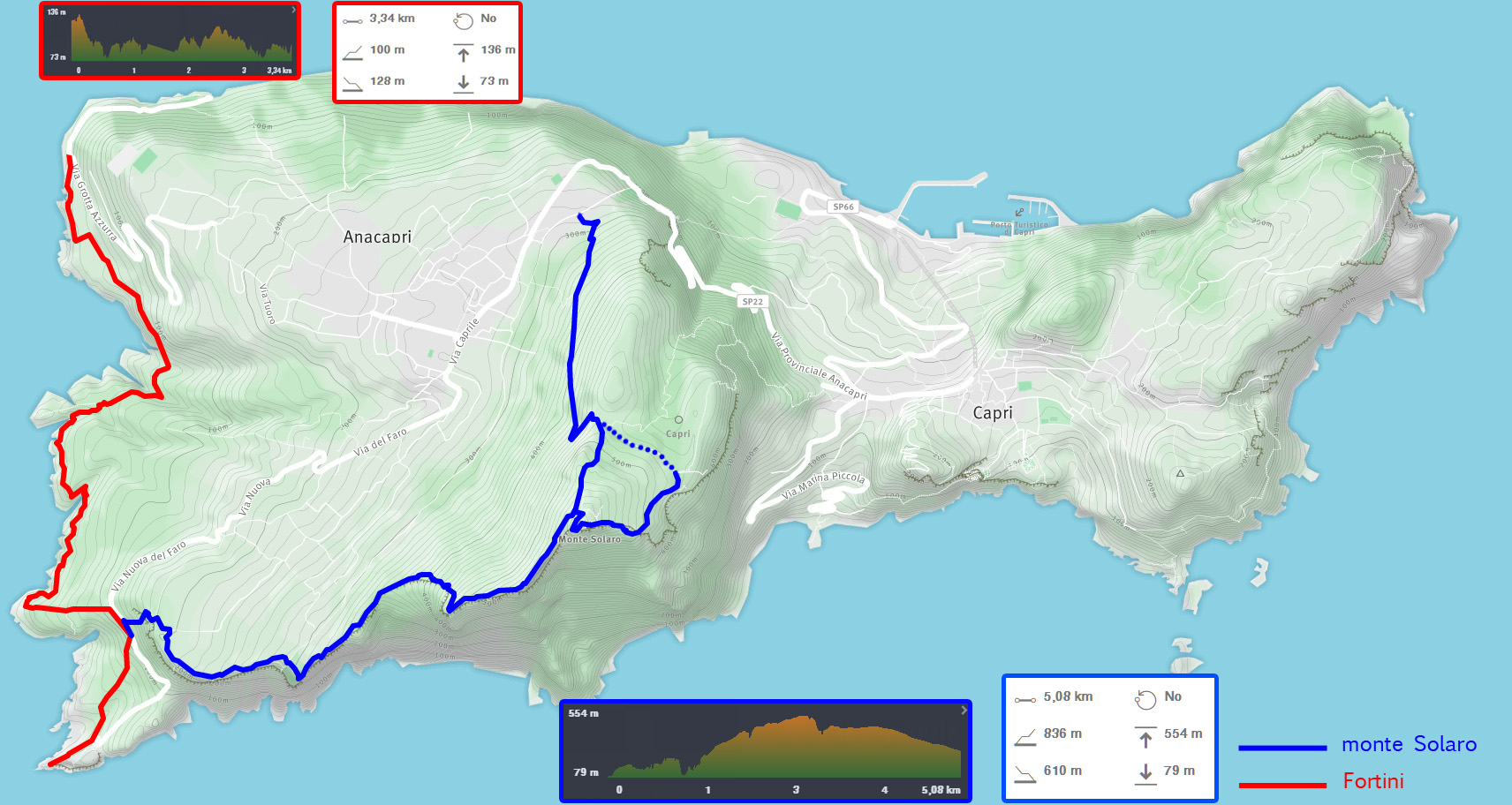